Who becomes a biologist?

Higher Education Biology is one of the natural science disciplines that on undergraduate university level are numerically female biased in Sweden, in other European countries and also for example in the US. Nevertheless, the number of women in Higher Education Biology at Swedish universities decreases from about 64% on undergraduate to 30% on professor level (Statistiska Centralbyrån 2008/2019). Hegemonic and androcentric practices, gender stereotyping, numerical male biases, as well as the idea of an inherently objective nature of scientific research have been disclosed and problematized in the context of other natural science and STEM disciplines such as physics and engineering. Biology, however, all too quickly becomes a space in which equality in terms of gender is thought to be reached because of the numerically female bias.

It has been highlighted that an undergraduate numerical domination of women does indeed easily lead to the assumption that the problem of gender (in)equalities is non-existent and that gender disparities are absent from classrooms. Yet, reaching numerical gender equality does not mean that gendered processes are absent. Gender-neutral discourses have rather been described as hiding and negating the disadvantaging of women and minority groups. It is evident that gender gaps resulting from gendered processes are present in representations in higher positions in academia, science and biology in matters of recognition, achievement, and participation.

What kinds of people are in/excluded from becoming central participants in Higher Education Biology and Science practices? Who becomes and has become a biologist? Who is a biologist? In order to start answering these questions, I use an eclectic theoretical approach including cultural, social constructivist, as well as feminist critique of science perspectives.

Considering Higher Education Biology to be a community of practice (Lave and Wenger, 1991), key concepts in my thesis are Discourse (Gee, 1999) and Figured Worlds (Holland et al., 1998), Science Identity (Carlone and Johnson 2007), Performativity (Butler, 1990; 1993) as well as feminist critiques of science in a broader sense (Haraway, 1988; Harding, 1986; Fox Keller, 1985). While these concepts form the backbone of my publications, I consider Sara Ahmed’s Living a Feminist Life (2016) my companion literature for the summarising chapter of my compilation dissertation.

Overview over the articles included in the thesis 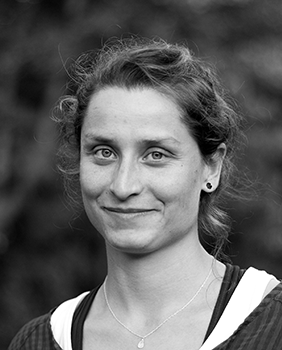 Katerina Günter
PhD student at the Centre for Gender Research